Welcome to Ron Gordon Watch Repair. My shop is conveniently located in Midtown New York City.  My workshop is  equipped with modern state of the art machinery to handle all phases of watch repair,  water resistance testing and case and bracelet refinishing. I have over 30 years of experience and  knowledge  with the  tools to do the job right. All work is done in house.

Baume & Mercier traces it watchmaking roots back more than 175 years to the Baume brothers who made fob watches as early as 1830. Since its inception as Frerers Baume ( Baume Brothers ), by Louis Victor Baume and Pierre-Joseph-Celestine Baume, the brand has changed hands many times, but it never ceased operation. Few know that it is the 6th oldest watch company in existence. Freres Baume officially became Baume & Mercier in 1918 when William Baume ( grandson of Louis Victor Baume) joined the family business to that of jeweler Paul Mercier. Bauem & Mercier retired from active roles in the company in 1937. Baume & Mercier was purchased in 1964 by Piaget. When Cartier launched their takeover of Piaget in 1988, control over of Baumer & Mercier came with it. Short thereafter, in 1993 all three brands were enveloped within the Vendom Group, which was bought out by the Richemont group in 1998. Baume & Mercier is one of the hi-end brands that I repair and service.

Like a high-precision instrument, your Baume Mercier watch needs to be serviced regularly in order for it to work correctly. Baume Mercier recommends complete repairs be done every 3-5 years and partial maintenance work done each time a battery is replaced.

Here are the procedures

Partial Maintenance (when the battery is changed)

Baume & Mercier watches are high-precision timepieces, stop in today for a free evaluation or call or email me anytime and I will answer any of your questions you may have.

Other Watch Brands – Repair and Service

Ron Gordon Watches also repairs other watch brands such as Rolex, Omega, Tag Heuer, Rado, Longines, Hamilton, Tissot, Mido, Certina, Breitling, and other major watch brands. If you are own luxury watch,  please call or email me and I will be happy to answer any questions regarding your timepiece, or just stop in for a free estimate.

The New York Stock Exchange began in 1792 as a result of the Buttonwood Agreement, under which several brokers agreed to trade securities for commissions. At this time there were only five securities traded in NYC, three of which were government bonds created to finance the Revolutionary War. The other two were bank stocks, with Bank of America as the first listed stock on the NYSE. The exchange began to grow in the early 1800s and in 1817 a constitution with stock exchange rules and regulations was developed. The organization was given a formal name, the New York Stock & Exchange Board, and office space was rented on Wall Street. The name was changed to the New York Stock Exchange in 1863.
Source: http://www.advfn.com/StockExchanges/history/NYSE/NewYorkStockExchange.html 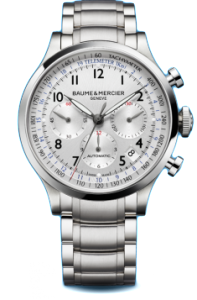