New York City is home to many movies, and many of those movies are of the crime or thriller genre. Who dunnit? A city that looks spectacular by day, New York City can look pretty creepy at night – especially with the right camera angles. New Yorkers as well like a good mystery, like the mystery of what happened to the efficient New York City subway? This summer we’re having quite a controversy over what’s wrong with the subway, who’s to blame, and how it can be fixed. We all love a good mystery, don’t we? 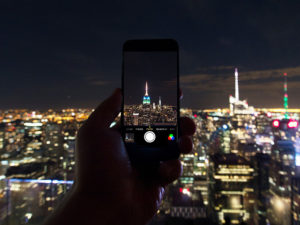 In the area of watch repair – especially of “mechanical” watches such as Rolex, Omega, or Tag Heuer watches – here’s a common mystery. The customer comes in, looking for the best NYC watch repair for Rolex, Omega, or Tag Heuer. He’s mystified as his precious Rolex is no longer keeping time accurately. Perhaps he has an Apple watch or just a cheap Quartz Timex, but he notices in comparing the Rolex to a more standardized timepiece that some days it’s fast, other days it’s slow. So is it broken? What gives? In fact, sometimes the inaccuracy is slight enough that it’s not noticeable for even a few days, but a timepiece that had been very accurate is suddenly not so much. Now this same person may be exposing his watch, unknowingly, to a range of magnetic fields. Many common consumer devices – and even some jewelry – have magnetic fields, and with the right (or wrong) exposure, you can expose your Rolex, Tag Heuer, Omega or other mechanical watch to a magnetic field. The “mystery” of strange timekeeping can be solved once you realize your watch has been magnetized.

Your Swiss Luxury Watch and Magnetism

Your mechanical watch can be at risk if you expose it to strong magnetic fields. Although most modern watch regulating organs are made of an anti-magnetic alloys such as Glucydur (beryllium-bronze, for the balance) or Nivarox (iron-nickel-chromium-titanium-beryllium, for the balance spring), they can still be affected by magnetism if the field is strong enough. Prolonged exposure to magnetic fields from mobile phones, loudspeakers or even the magnetic clasp in a ladies’ handbag can sometimes have an impact on the accuracy of your watch. In the worst case, your watch may stop working altogether. The most frequent cause of any mechanical watch stopping is the balance spring ceasing to function, which in the case of magnetism occurs when the magnetic field causes the individual coils of the spring to become entangled. Unusually high variations in rate, with the watch gaining or losing much more than normal, can be another indication that your watch is magnetized. But your watch may also be magnetized without showing any adverse effects.

Here is a list of common items that generate magnetism:

Whatever intensity of magnetism the timepiece is exposed to, the regulation and amplitude of the movement will return to normal after demagnetizing it. This intervention has no consequence on the timepiece but it must be completed by an a watchmaker

Repairing a magnetized watch is not easy. First, we have to diagnose that this is truly the problem. The only way to do that is for you to bring in your watch for a thorough inspection. At that point, we can give you an estimate for the price to fix it. As New York City’s premier watch repair shop, we have tools to diagnose whether (or not) your Rolex, Omega, or Tag Heuer watch has been magnetized, and then tools to repair it. It all depends. But first, let’s investigate your mystery – why is your formerly perfect watch no longer keeping accurate time?