We are passionate about OMEGA watches. Yes, ROLEX is a more popular brand, and we’re passionate about ROLEX, too. TAG is amazing, but OMEGA has a unique sense of history that sends shivers down our collective spines.  It was 2013, for example, when OMEGA released its first “Dark Side of the Moon” watch. It was anything but a “one off.” The “Dark Side of the Moon” spawned a franchise within a franchise at OMEGA. According to the official OMEGA website – 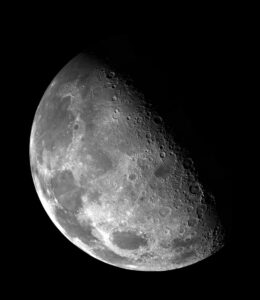 THE DARK SIDE OF THE MOON: GOING THERE

Perhaps you know this. Perhaps you do not. The moon rotates, but there a hemisphere that “always” faces away form earth. According to Wikipedia, the far side’s terrain is rugged with a multitude of impact craters and relatively few flat lunar maria compared to the near side. It has one of the largest craters in the Solar System, the South Pole–Aitken basin. Both sides of the Moon experience two weeks of sunlight followed by two weeks of night; even so, the far side is sometimes called the “dark side of the Moon”, where “dark” is used to mean unseen rather than lacking sunlight. So the “dark side of the moon” refers more to the side humans do not see, and not a lack of light.

Which brings us to OMEGA. As OMEGA correctly indicates, “The Apollo 8 astronauts were the first people to see the dark side of the moon with their own eyes.”  Apollo 8 is very important from a historical perspective. It was the first manned spacecraft to leave Earth orbit and the first to reach the moon, orbit it, and return. A trailblazer. A step towards the ultimate goal of putting a person on the moon. Apollo 8 took 68 hours (almost three days) to travel the distance to the Moon. The crew orbited the Moon ten times over the course of twenty hours, during which they made a Christmas Eve television broadcast in which they read the first ten verses from the Book of Genesis. At the time, the broadcast was the most watched TV program ever! It also took the iconic photograph, “Earthrise,” which was a key image in the rise of environmentalism.

OMEGA’S DARK SIDE OF THE MOON

2018 then saw the Speedmaster Dark Side of the Moon Apollo 8, a tribute to the historic 1968 lunar mission that marks its 50th anniversary in 2018. Here’s another “fun fact” about OMEGA and the moon project. Apollo 8 paved the way for the more famous Apollo 11 mission in 1969, which first landed men on the Moon and from which the Omega Speedmaster, the watch worn by those men on the lunar surface, earned its enduring “Moonwatch” nickname. The watch is, most notably, the first Speedmaster Moonwatch to contain a skeletonized version of the watch’s storied movement, Caliber 1861. OMEGA in other words has been intimately connected with space exploration, from the very beginning. You can learn more about the OMEGA watch’s technical features by visiting the official OMEGA webpage. Even better find one, or buy one, and enjoy it. It’s a work of art. A work of history. It’s a working watch.

If you’re lucky enough to have an older OMEGA watch or perhaps you’ve purchased a new OMEGA recently, you want to take the care and uptake of your OMEGA watch. Fortunately, you don’t have to go to the moon, nor go to the “dark side of the moon” to get amazing OMEGA watch repair right here in New York City. We’re reopened in a safe and sound manner right here in Midtown Manhattan. We’re convenient to all sorts of transit, and as New York reopens more and more New Yorkers are getting back to it. You can call us in advance to discuss your OMEGA watch repair. OMEGA watches are incredible and you want to showcase them on your wrist. So if you’re an OMEGA watch owner, reach out to us for a full inspection, a tune-up, or if necessary, a repair of your watch.